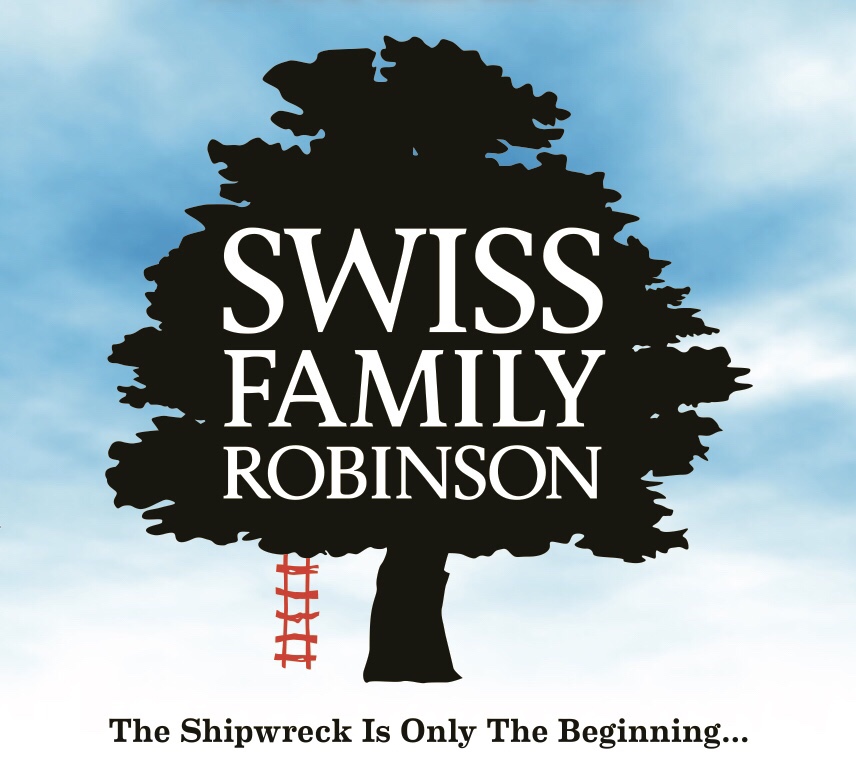 Emily Montrose may have travelled the world, but when she sets out to join her father in Australia, little did she know, she’d be captured by pirates, shipwrecked, marooned, and left alone on an exotic tropical island.  Nothing she couldn’t handle.

Until … she meets the Swiss Family Robinson … and a formidable female pirate … and one truly remarkable lady and mother. These three strong, independent women, thrown together by typhoon and shipwreck, face the mysteries and perils of their new world to protect their loved ones and defend their freedom.

Filled with hilarious hijinks, the hope of rescue and the bloom of romance, this fresh new musical tells a tale of how the winds of fate can lead you to find that one precious thing you didn’t even know you were looking for.

The shipwreck really is … only the beginning.

Swiss Family Robinson was a selection of the New York Musical Festival’s 2013 Next Link Project and performed at the Pershing Square Signature Center. A concert reading was produced by the Ross Valley Players and Mountain Play Association in 2018. And coming in March 2020 a full production will be staged by Stagedoor43 Productions at the McPherson Opera House.

John’s other musicals include Look at Me, Look at You, The Sword of Rengarth, Spirit of the Season. As musical director, his favorites are  Company, Chicago, West Side Story, Guys and Dolls and A Funny Thing Happened on the Way to the Forum.

John has degree in Composition from the Berklee College of Music and is a proud member of the Dramatists Guild. He never met a bit of counterpoint or a triple rhyme he didn’t like. Well, hardly ever. He lives in Marin County, California.